Tell us about The Alternate. What is the film about?

The Alternate follows Jake, a videographer who discovers a portal to another dimension in which he has everything he has always wanted: the perfect version of his wife Kris, the filmmaking career of his dreams, and the daughter he never had.  Jake quickly starts traveling back and forth between these two worlds – spying on his other self, falling in love with the alternate Kris, and getting to know his daughter. Jake soon sees that his alternate is not as perfect as he seems and decides to change places with the alternate Jake and take the good life for himself.

How would you describe the cinematography/lighting style of the film?

Alrik and I discussed the look of the film at great length during pre-production. We shot a funding teaser about a year prior and some of the groundwork for the film was discovered on that shoot. There was a pool in the back of the location which we skipped an HMI off of and it filtered a wavering aqua-toned light into the house. This is something we embraced during principal photography for the “alternate” reality which is more colorful and affluent in its production design.

Meanwhile, in Jake’s actual reality we sought after a more bleak world. Sets had worn-down wooden interiors and softer more naturalistic lighting. Reflections were embraced thematically the film is about the duality of these characters.

How did the locations you shot in factor into your lighting scheme? Were you presented with any challenges throughout filming?

It was tricky in the sense that our two primary locations, the house, and basement had to serve as 4 locations. Since the film is rooted in two alternate realities, we wanted each location to have two unique looks. The biggest challenge was that the basement, which had low ceilings, required the slimmest lighting panels we could get our hands on. We pre-lit the location with an arsenal of different LiteMats which we tweaked for different times of days and feel. The art department built three windows into the set so that we could cast sun or street light into the set. I’m so thankful that our production designer Rob Riutta pulled that off. It felt necessary to establish the time of day and reinforce the story’s timeline.

Any scenes that you’d like to discuss that stood our from a lighting perspective?

There is a scene where Jake goes to a pawnshop, which had such an amazing location rich with wood paneling and packed shelving. In the shot above, our Gaffer, Matt Stouppe, bounced an HMI into a broken mirror that our Key Grip, Ryan Moore suggested which gave this beautiful wall accent through the blinds. Rigged to the ceiling is a LiteMat suggesting a window high on the wall.

Later in the scene, they make their way to the back of the shop where a long dolly move follows them in profile. A series of lights were rigged into the ceiling so they would enter and exit pockets of overhead light.

Tell us a little about yourself. When did you become interested in working in film? What made you want to get into the industry?

I’ve always loved photography and as a kid, I always begged for slide film so that I could see my photos projected. I think seeing photos blown up on a screen is what ignited my interest in film. As a high school senior, I was flipping through television channels and found the San Francisco cable access station. My friend and I took the free class on how to start a show and we began producing ridiculous shows fully indulging in teenage mischief. By the time I went to college, I began to study film and I haven’t stopped since.

Growing up, were there any Directors or DPs that have inspired you to get into the business?

Growing up, I wouldn’t say that I was aware of certain directors’ bodies of work. To be honest, I graduated from college without being taught what different crew positions did on set. I had no idea what a DP was as a college graduate nor what a Gaffer did. My education was heavy on theory and less on practice. This did expose me to genres of movies that I now appreciate as my foundation for film.

What are some of your favorite films or tv shows that have influenced your work?

A show that I am currently obsessed with is A Handmaid’s Tale.  The way the series looks is stunning and it just might be the best-looking television show I’ve ever seen.

In regards to films that have influenced my work– During the pandemic, I began revisiting the films of Andrei Tarkovsky. His work is so layered and his shot design is something that I will revisit and learn from for the rest of my life.

You can view the trailer for The Alternate here. Keep up with Jason on his Instagram page or his website!

Check out some more stills below from The Alternate. 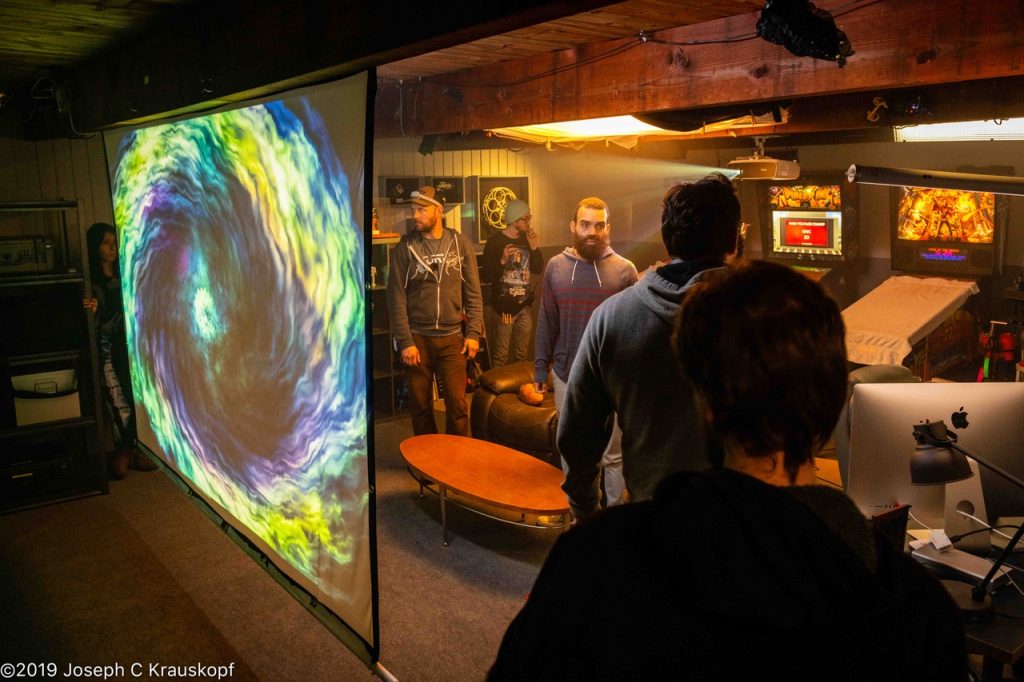