Throughout February, we are featuring a series of discussions with some of today’s most influential Cinematographers and Gaffers of color. These artists talk about their journey into the industry, advice to young aspiring artists, and the art that has had an impact on their work. This edition features Cinematographer Jamal Solomon (Random Acts of Flyness, Impossible Monsters, and the upcoming film iGilbert.)

In 2011, I had a helping hand from someone who felt I could lens films after seeing the photos I was taking. After a bit of research, I felt excited by how much sense it made.

Describe your journey in becoming a Cinematographer. Historically speaking, the camera & lighting community has not been very diverse. What was the process like for you?

In working towards becoming a cinematographer, I worked in Grip & Electric often alternating on either side to gain the knowledge each department specifically has. Between that and what I was doing in the short films, I was DPing during that time, a few DPs & Producers felt I was capable enough to be a gaffer on their sets. I spent a few years gaffing indie features. The experience during that time was immeasurable and pivotal to how I approach lighting now.
I’m grateful that I was able to be on rather diverse sets and I found it to be amazing. Any time on set was a chance to meet other nice humans who were also there expressing themselves artfully. That commonality superseded any social turmoils that were outside of us at the point. I want that same experience for other people of color working in TV & Film – people finding common ground in their passion for film, thereby widening their social/work circles which benefits everyone.

What advice would you like to give young Black aspiring Cinematographers?

Play while you can and explore every idea that is swimming inside your mind. You don’t have to wait for someone to hire you to create. Find ways to craft and create your visions as often as you can. You never know if the things that inspire you can come in handy on other shoots – or even get you hired.
Also, get into rental houses and ask to learn the pieces of gear that you’re unfamiliar with. And also use the experience to build a rapport with rental houses on your behalf. Let them get to know you and your growing interests [i.e working as a gaffer or DP]. More often than not, they’ll be more apt to work out deals with you when work comes your way because they’ll know your face and they’ll see the work you’re putting in.

What are some changes you believe the industry should make to help Black filmmakers have their voices heard moving forward?

Ultimately, I feel we deserve a fair chance to work, to be mentored & taught, and be given opportunities to climb the ranks in the same way our non-African-American peers are afforded. There is something called the “attraction effect” which is a subconscious bias in which people tend to hire or help those who remind them of themselves. I think for our industry to make a change, those in positions of power need to acknowledge the possibility of that bias within themselves and actively work against it so that our field can truly diversify in a meaningful way.

Harris Savides’ work comes to mind. He was an artist but one that was very accepting of how technical he was, as well. I’m thankful for the ways he shared his talents with the world before his passing. I also enjoy Jonathan Sela’s work as a DP and Christian Epps’s work as a gaffer because of their smart use of color. When they use it, I find that it allows for the story’s world to be extended.

Continuing from the last question, Harris Savides’ work in and The Game (1997) & The Yards (2003) are ones I greatly admire. Harry, in my opinion, never crafted frames with darkness for darkness’s sake. It was purposed to contextualize the characters in their environments. It’s a sensibility I like to apply to my work.

Currently, I’m lensing a branded narrative piece for New York Urban League. It’s very much a challenge in approach. One of the uphill climbs, of course, is how we’ll approach the lighting. For this piece, we’re going through history and we’ll use lighting as a measure to get us from one event to the next WHILE being specific to the league’s foundation. But it’s also a matter of using the lighting to frame the historical event as accurately to that period as possible.

The following images are from a short Jamal worked on with some friends called Goldfin.

“We decided to get together one weekend, purposely reduce our resources with the point to focus our efforts on strong storytelling. It was a really fun exercise that I would do more often, if possible. ”

The images below are from Angelfish which is currently available to stream on major streaming services.

“It’s a film that takes place in The Bronx, NY during the 90s. As the days went on, I realized how fortunate I was to be able to look in any direction we wanted and have a beautiful frame. And it was all thanks to work done with the production design and wardrobe. Composing and lighting become easier at that point. I consider myself very lucky to have experienced how reciprocal that artistic relationship can be.” 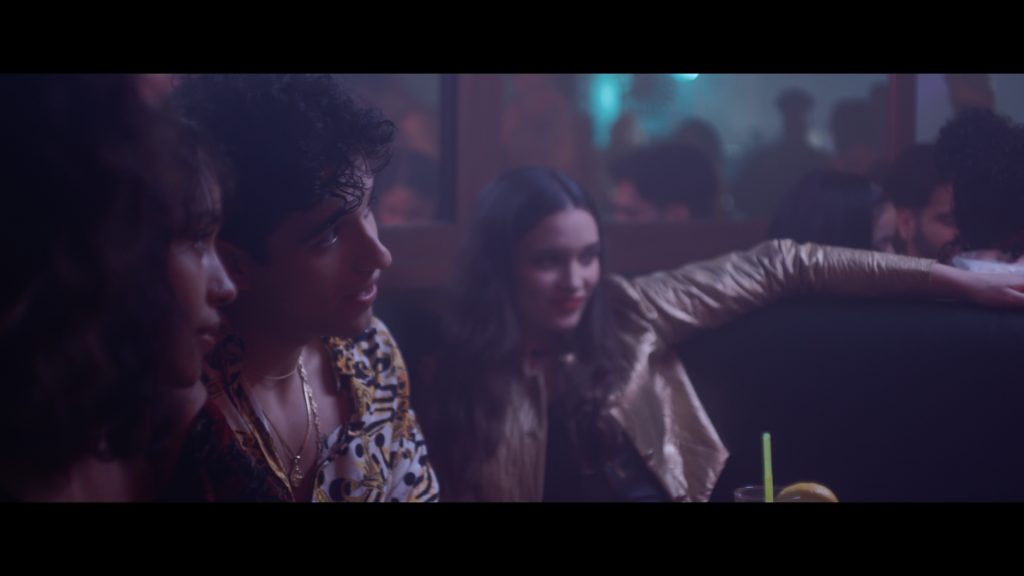 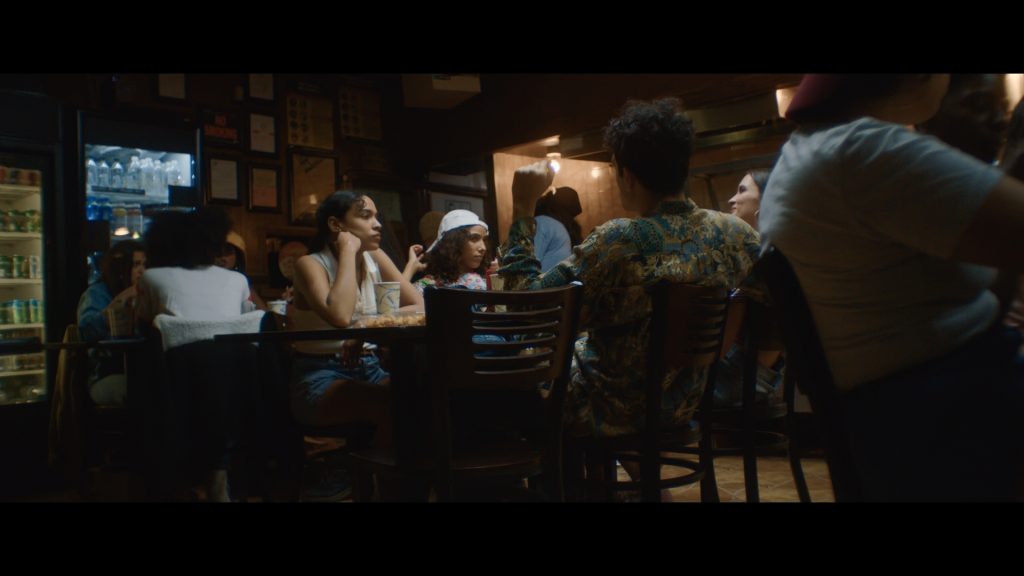 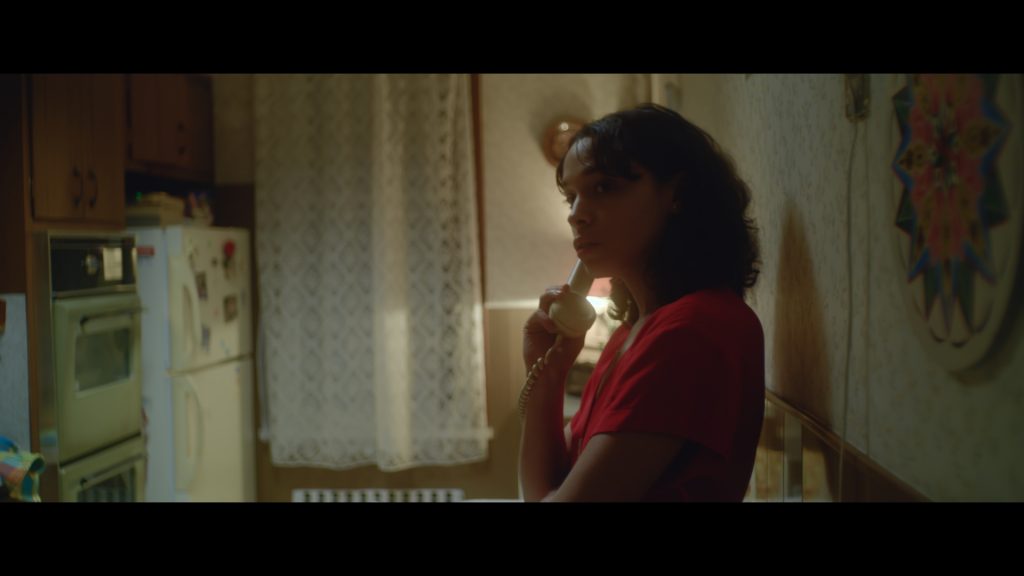 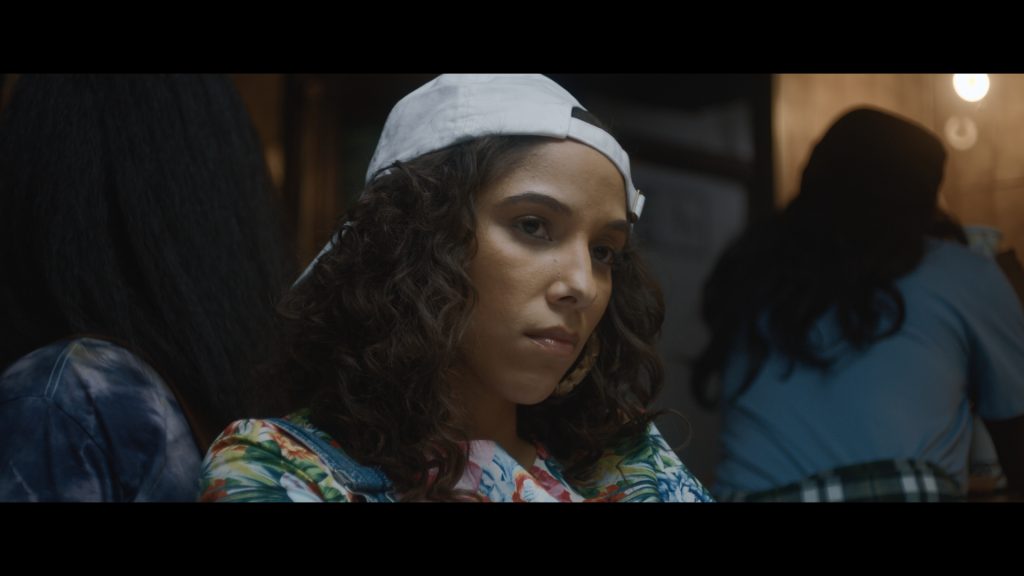 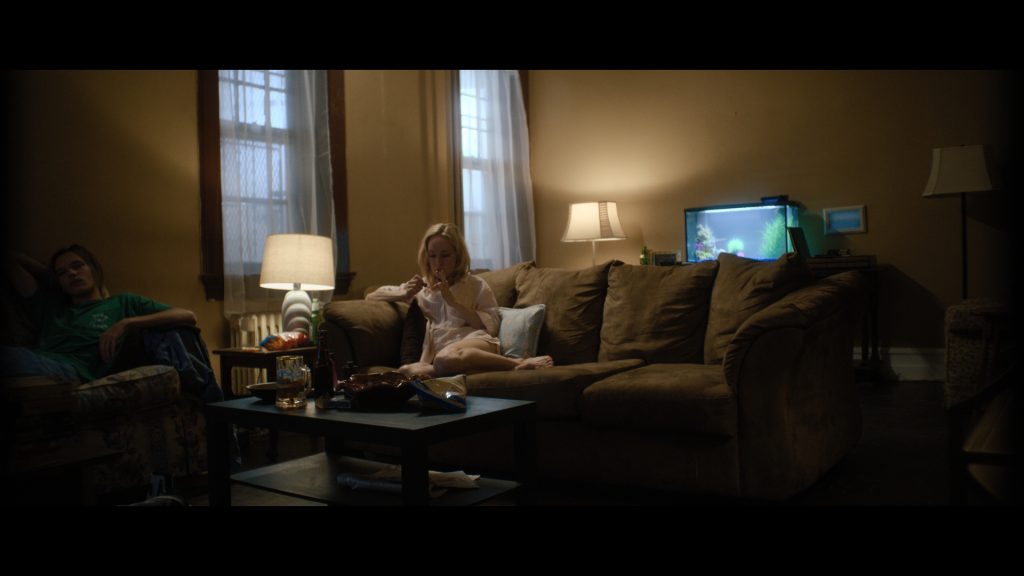 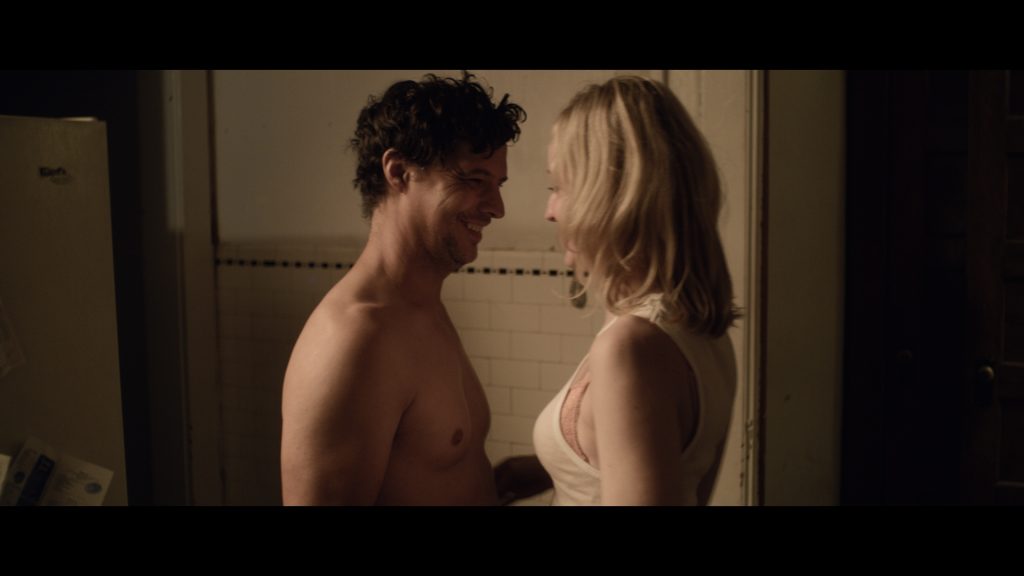 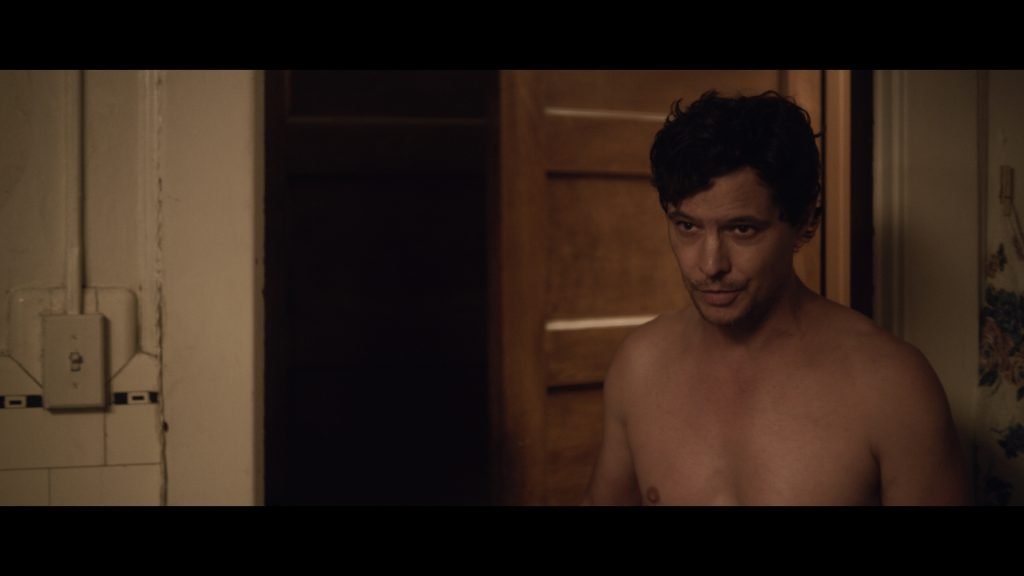 You can catch Jamal Solomon’s latest work in Angelfish which is available to rent on major streaming services. Keep up with Jamal on his Instagram @_rustyryan